Are you ready for our second reveal!?

Yesterday’s poster for Catch Me If You Can was our first Main Stage reveal – and today, we’re sharing our first Studio poster! If these are getting you as jazzed for next season as we are, 2015-16 Season Subscriptions are on sale now – so you can secure your seats now! – with single ticket sales beginning Monday, August 3, 2015 at noon. 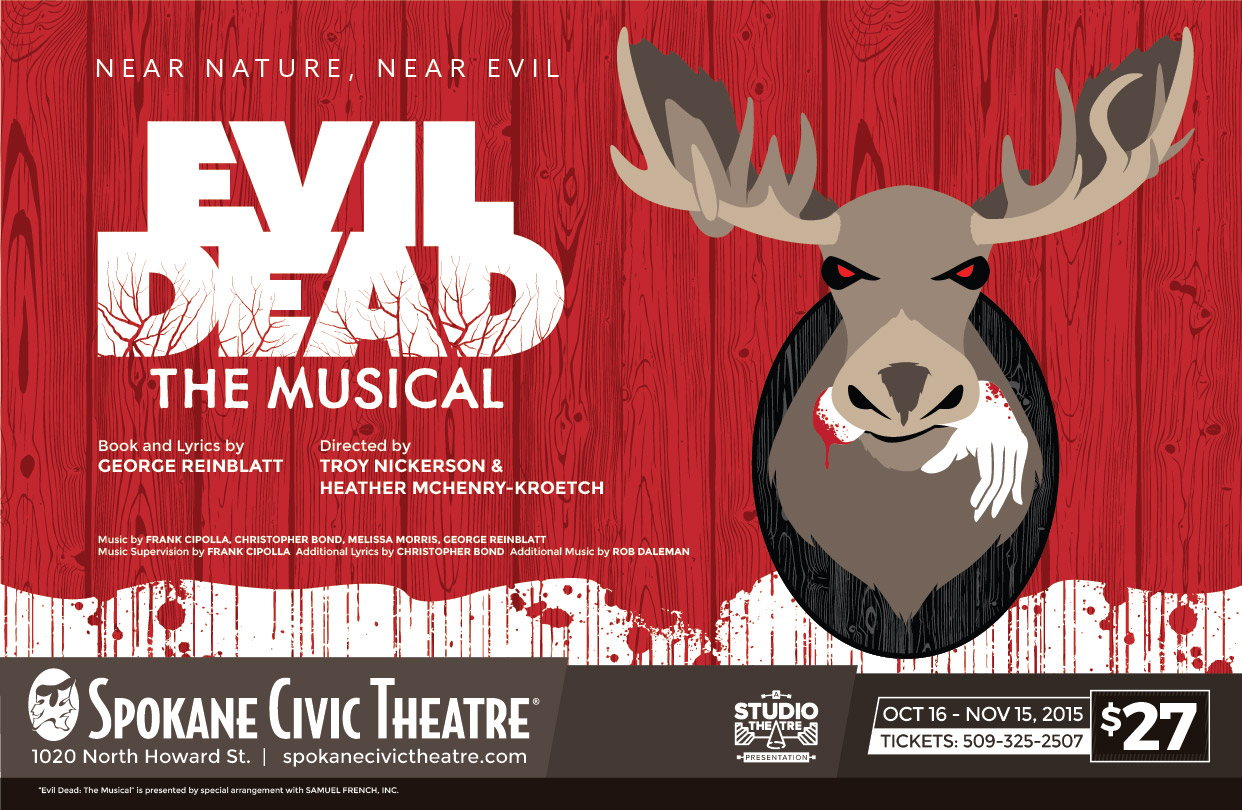 The poster for Evil Dead: the Musical was created by the talent over at Design Spike, along with the rest of our 2015-16 Season posters!

Evil Dead: The Musical unearths the old familiar story: boy and friends take a weekend getaway at abandoned cabin, boy expects to get lucky, boy unleashes ancient evil spirit, friends turn into Candarian Demons, boy fights until dawn to survive. Based on Sam Raimi’s 80s cult classic films, Evil Dead may sound like a horror, it’s not! The songs are hilariously campy and the show is bursting with more farce than a Monty Python skit.

“EVIL DEAD: THE MUSICAL is a deliciously campy romp.” – The Miami Herald

Evil Dead, the Musical is directed by Troy Nickerson and Heather McHenry-Kroetch. Run dates for this production are October 16 – November 15, 2015.