The Community Comes Together

Little Shop of Rentals and Spokane Civic Theatre recently had the opportunity to help make a very special little girl’s wish come true. Madelyn has an infectious laugh and a love of spaghetti and Disney princesses. 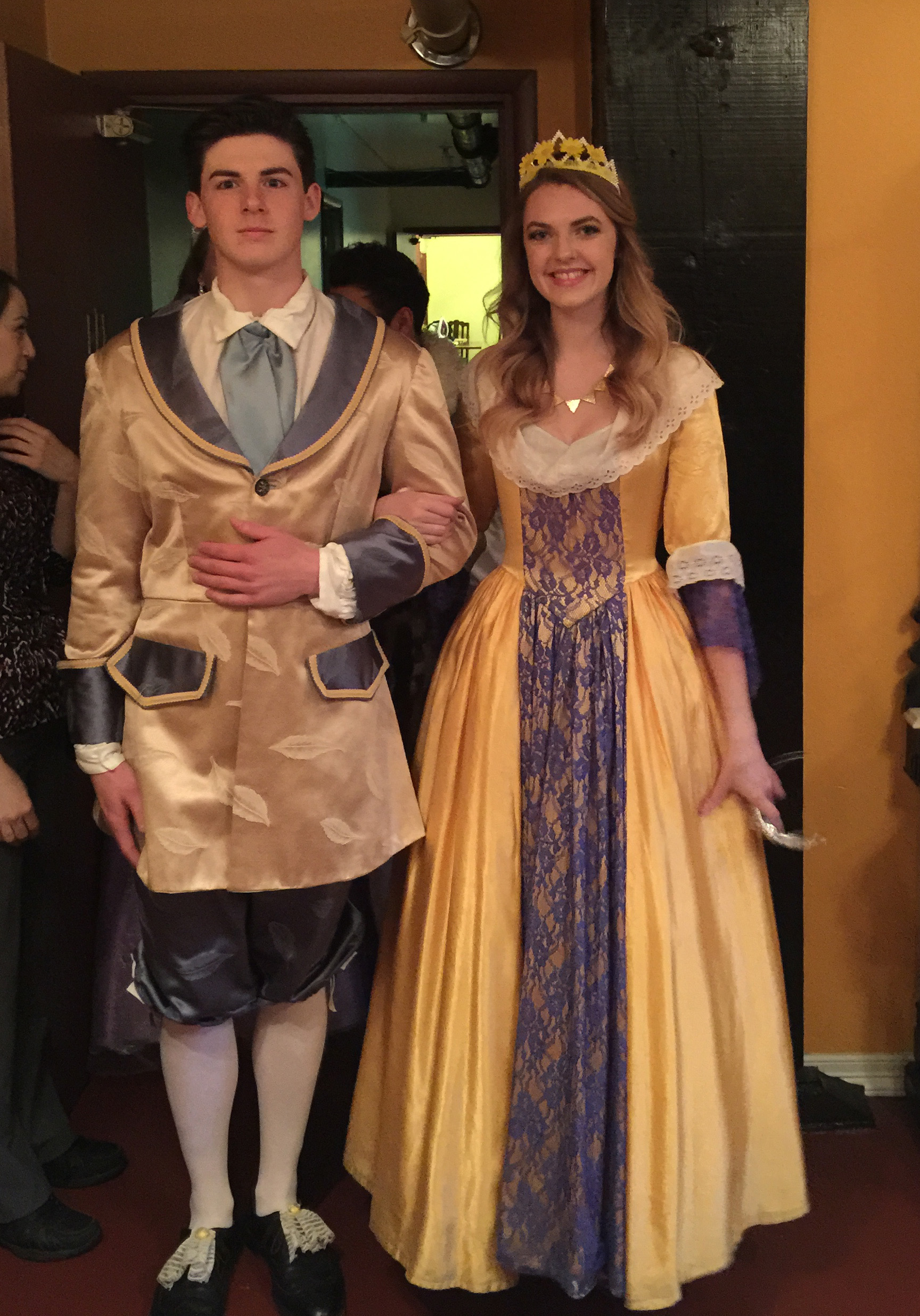 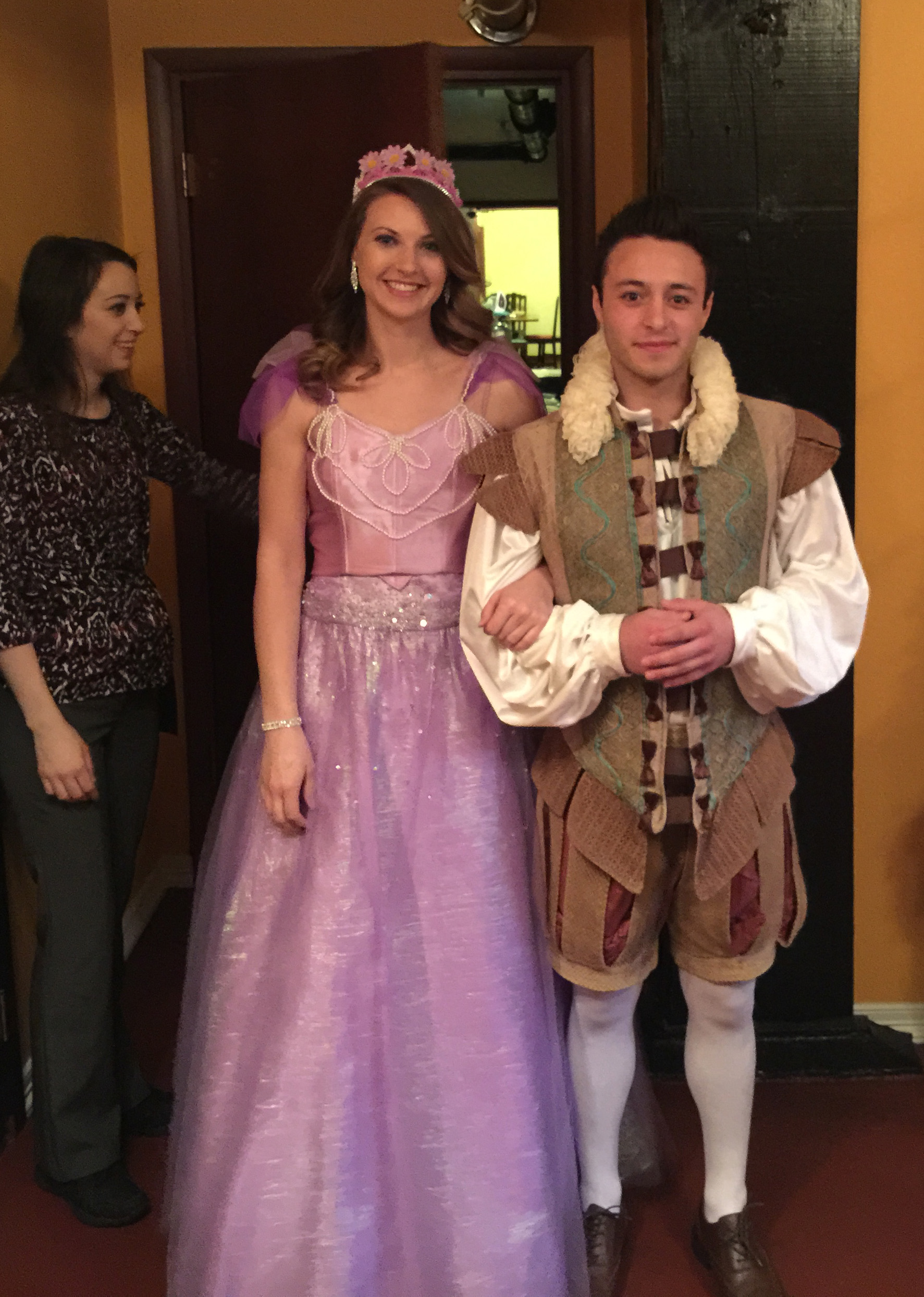 The Old Spaghetti Factory hosted a special lunch for Madelyn and her family on April 26th that served as a kick off for a trip to Disney World in Orlando in early May. The family was brought down to the banquet room on the lower level of the restaurant to find a table set for twenty. Excitement filled the air as family members filed in and Cherryann from Make-A-Wish spoke with Madelyn’s parents, finalizing Disney World paperwork. Madelyn and her sister sat at the head of the table, talking with grandparents and looking at the coloring mats set before them. They had no idea what was about to happen. 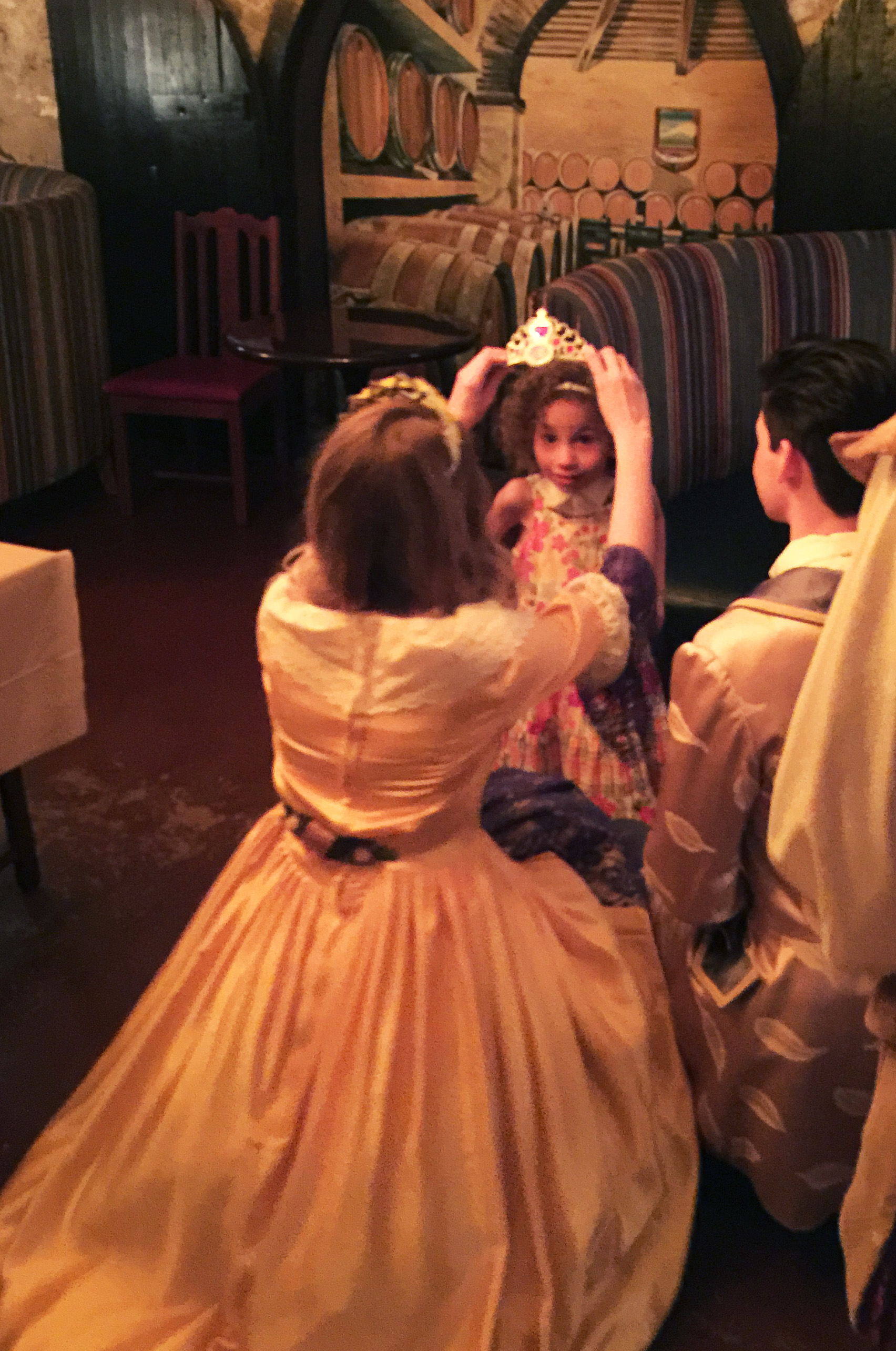 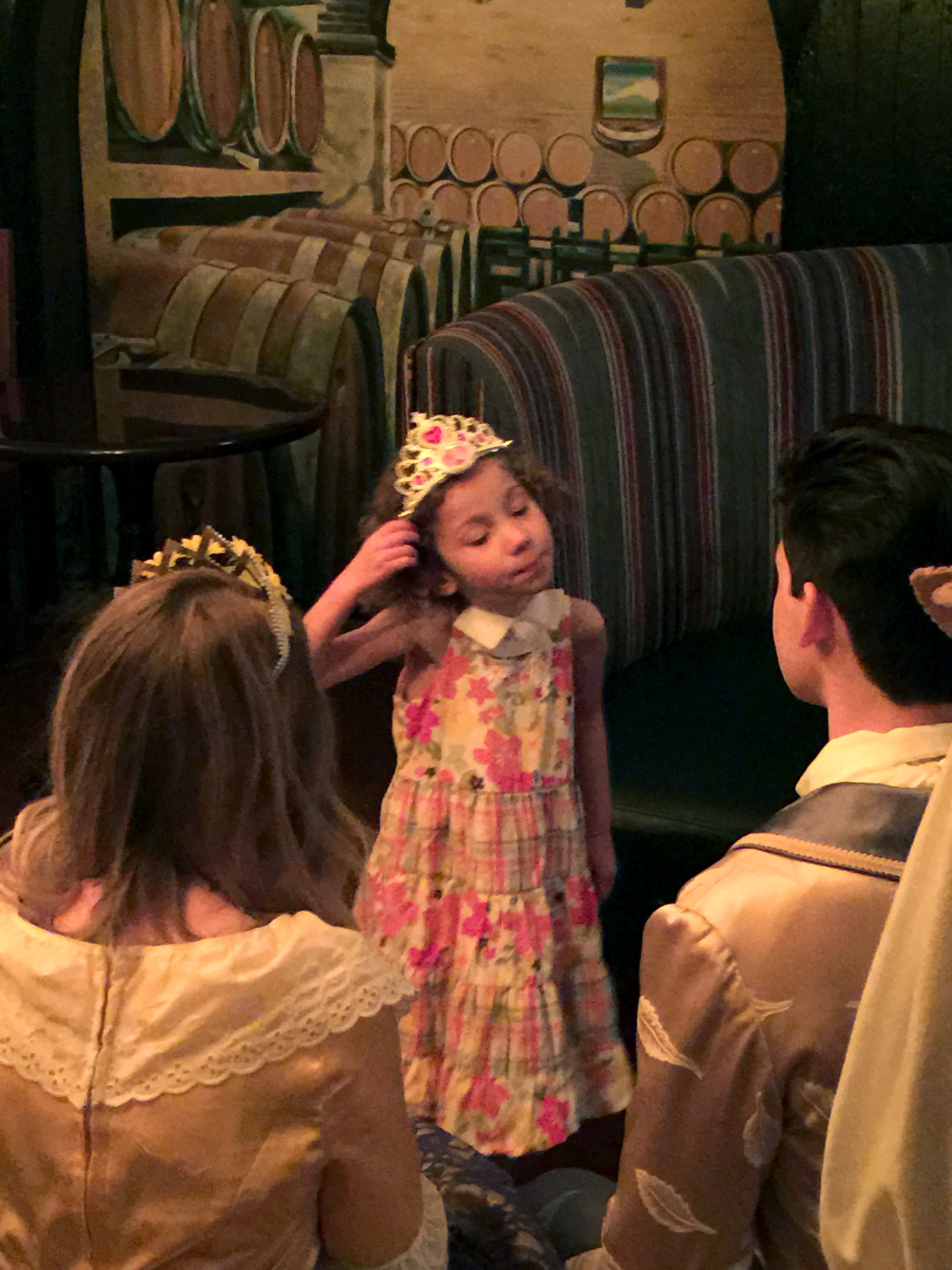 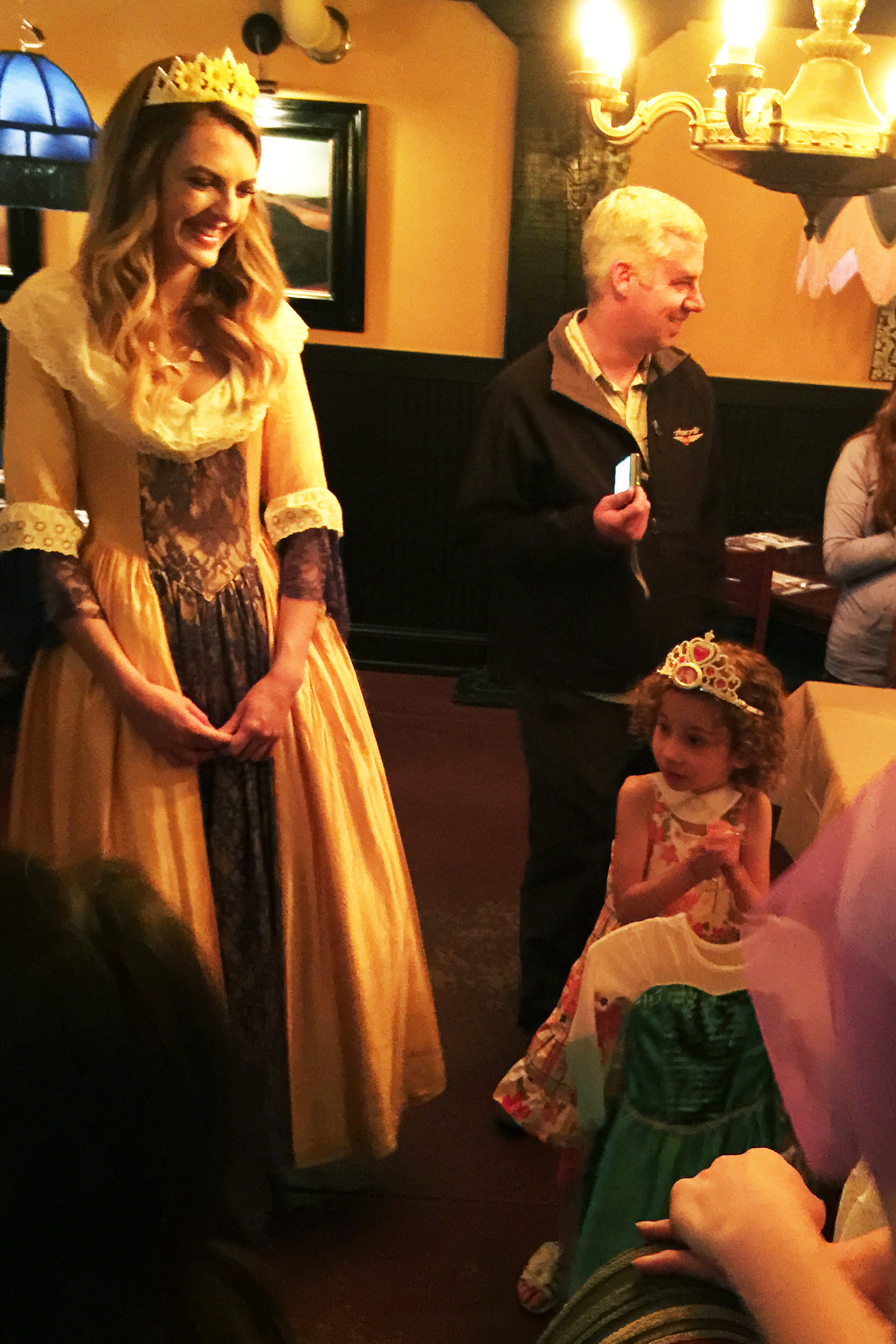 Suddenly, a soft voice called across the room, “Hello, Madelyn”.  Madelyn looked up and saw the wait staff for the first time, four servers who looked as if they had just stepped out of Beauty and the Beast walked into the room, arm in arm. Madelyn’s face lit up and she and her sister ran around the table to meet the princesses and princes. Madelyn was presented with her own tiara and Selah, from Little Shop, showed up with “Frozen”-themed dresses for her and her sister to wear for the day.

The next ten minutes were a flurry of movement and energy as Madelyn talked with and had her picture taken with each server. She didn’t stop smiling as she flitted around the room, excitement radiating from her. Madelyn’s exuberance was infectious and I realized I also had a smile on my face, it was hard not to. Seeing the happiness that such a small gesture brought Madelyn was overwhelming. 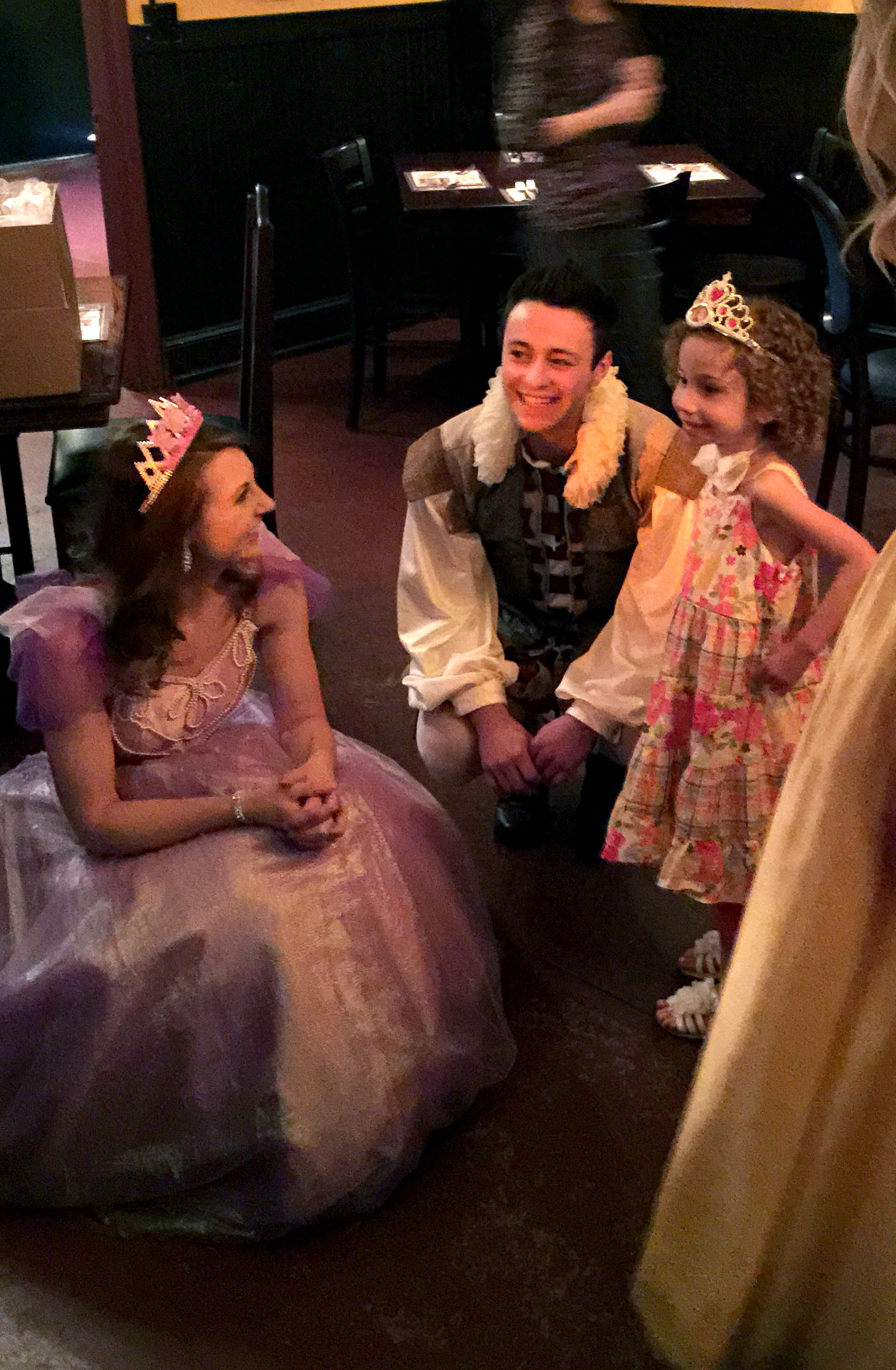 As adults, we sometimes forget that children view the world very differently, that they can see the magic of it all even when facing the worst situations. To Madelyn, these men and women were princes and princesses. She allowed herself to be immersed in the fantasy of the moment. And on that Sunday afternoon, magic filled the room that was easily seen and experienced by everyone, regardless of age.