We are so excited to finally share our 2015-16 Spokane Civic Theatre poster artwork! Over the next ten days, we’ll be revealing these fantastic designs, show by show, as created by Design Spike!

We’ll have a brief synopsis, show dates, and audition dates with each of these posts as well!

So without further ado…. let’s get started with our first regional premier of the season!

Reveal #1: Catch Me If You Can, the Musical 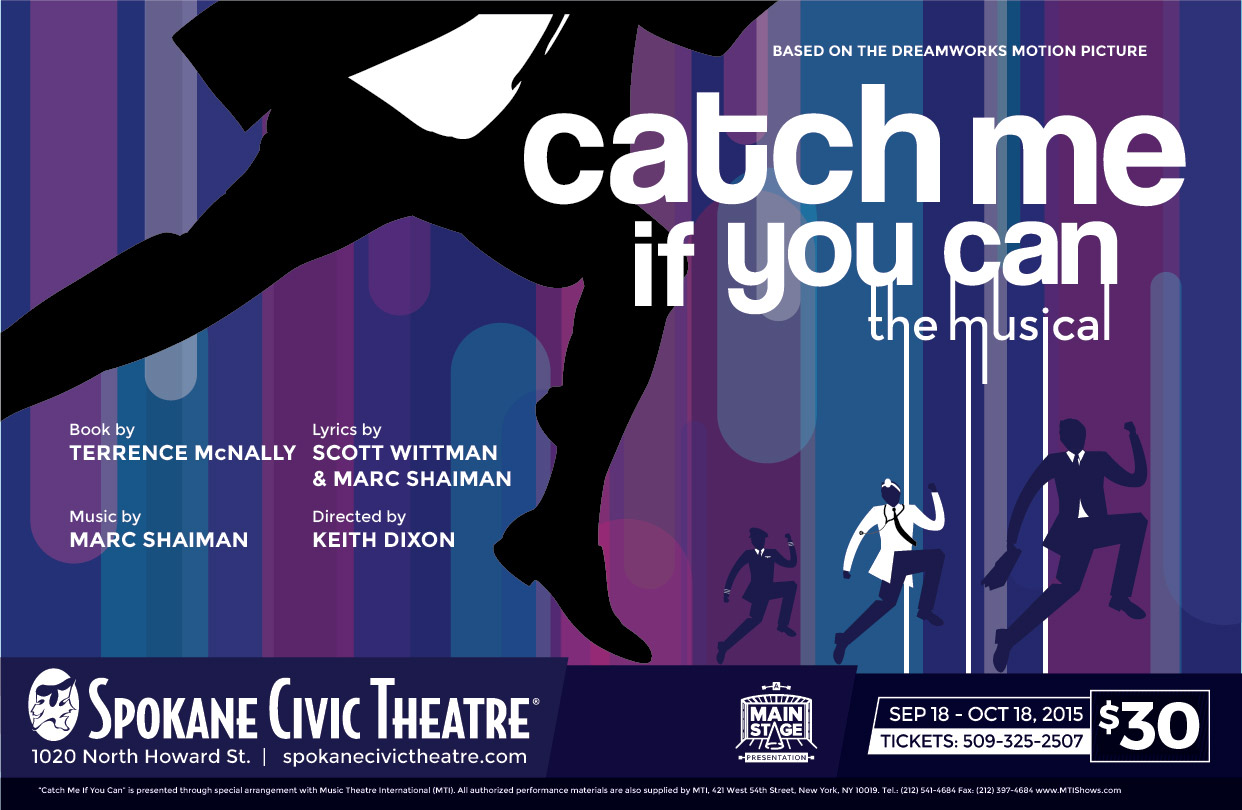 Seeking fame and fortune, precocious teenager Frank Abignale, Jr. runs away from home to begin an unforgettable adventure. With nothing more than his boyish charm, a big imagination, and millions of dollars in forged checks, Frank successfully poses as a pilot, a doctor, and a lawyer – living the high life and winning the girl of his dreams. But when Frank’s lies catch the attention of FBI agent Carl Hanratty, Carl pursues him across the country to make him pay for his crimes. Based on the hit film and incredible true story.

Catch Me If You Can, the Musical is directed by Civic’s Artistic Director Keith Dixon and opens September 18, 2015 with our season kickoff gala, and runs through October 18, 2015.

The link to sign up for your appointment will be coming soon! Keep an eye on our website for more information. We’ve also created a Facebook event for you to mark your calendar ahead of time!