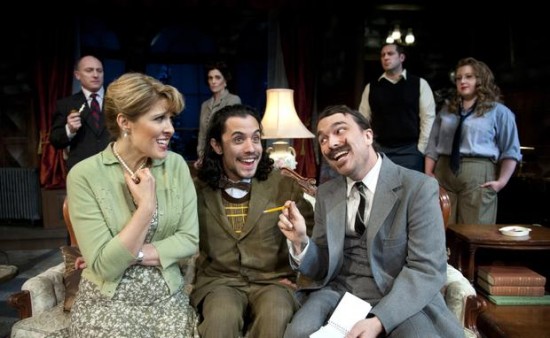 Agatha Christie’s “The Mousetrap” remains the longest-running play in the history of London’s West End for one big reason: Its ending is top secret. Since its 1952 premiere (which included Richard Attenborough among its cast), the play has been performed more than 25,000 times, and every single audience has been urged to remain tightlipped once the show is over.

The inherent curiosity factor is built right into the premise. Much like Alfred Hitchcock concealing the final twist in “Psycho” (while making a to-do out of the very fact that he was concealing it), audiences are desperate to discover the ending for no other reason than they’re not supposed to know what it is.

This secrecy was a result of Christie’s dissatisfaction with reviews of her novels, which she was dismayed to discover frequently revealed their endings. And it’s a tradition that remains firmly in place today: Controversy arose when the play’s Wikipedia article revealed the ending in its plot summary, which Christie’s grandson Matthew Prichard (who owns the rights to “The Mousetrap”) told the British newspaper the Independent was “just a pity.”

Spokane Civic Theatre, which begins its production of “The Mousetrap” tonight, is honoring Christie’s wishes in keeping the identity of the play’s murderer a secret. It might be a dramatic classic, but the play isn’t often performed outside of London, as its strict publishing contract dictates that few performances are sanctioned outside the West End. Unless you’ve seen it at London’s St. Martin’s Theatre, odds are you don’t know how theater’s most famous mystery ends.

Read more of this article from Spokesman Review's Nathan Weinbender.