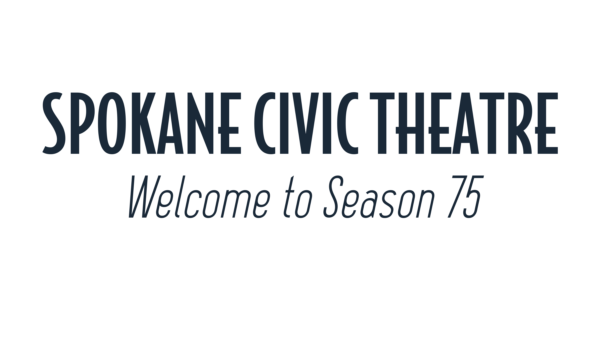 Follow the yellow brick road in this delightful stage adaptation of L. Frank Baum’s beloved tale, featuring the iconic musical score from the MGM film. The timeless tale, in which young Dorothy Gale travels from Kansas over the rainbow to the magical Land of Oz, continues to thrill audiences worldwide.

ADAPTED BY JOHN KANE FROM THE NOVEL BY L. FRANK BAUM

As miserly old Ebenezer Scrooge falls asleep in his dingy quarters on Christmas Eve, three ghosts appear, each revealing to Scrooge the wrong doings of his life and what will happen if he continues in his evil ways. He is racked with fear and remorse and sets out on Christmas Day to bless with his newfound generosity all those whom he has neglected and abused.

In The 39 Steps, a man with a boring life meets a woman with a thick accent who says she’s a spy. When he takes her home, she is murdered. Soon, a mysterious organization called “The 39 Steps” is hot on the man’s trail in a nationwide manhunt that climaxes in a death-defying finale!

BY PATRICK BARLOW FROM THE NOVEL BY JOHN BUCHAN

Jordan Berman would love to be in love, but that’s easier said than done. So until he meets Mr. Right, he wards off lonely nights with his trio of close girlfriends. But as singles’ nights turn into bachelorette parties, Jordan discovers that the only thing harder than finding love is supporting the loved ones around you when they do.

Pablo, a high-powered lawyer, and doctoral candidate Tania, his very pregnant wife, are realizing the American dream when they purchase a house next door to community stalwarts Virginia and Frank. But a disagreement over a long-standing fence line soon spirals into an all-out war of taste, class, privilege, and entitlement. The hilarious results guarantee no one comes out smelling like a rose.

A humorous and moving portrait of Rosalind Franklin, one of the great female scientists of the twentieth century, and her fervid drive to map the contours of the DNA molecule. A chorus of physicists relives the chase, revealing the unsung achievements of this trail-blazing, fiercely independent woman. A play about ambition, isolation, and the race for greatness.

For the first time in 40 years, Augie, now retired military, returns to his hometown for his high school reunion, having been driven from the family home shortly after graduation by intolerable conditions.  At the reunion, egged on by his childhood friend Frankie, a drunken Augie hatches a plan to break into his old home in the dead of night to retrieve a long forgotten but now-valuable baseball card he secreted there as a child. Augie is caught in the act by a woman who turns out to be his sister, April, who – unbeknownst to Augie – has remained in the home alone since the death of their parents.  In the turmoil that follows, Augie and April stir the ashes of their troubled childhood in search of meaning, if not peace.

In the opening scene, two Supreme Beings plan the beginning of the world. Once they’ve decided on the color scheme of the races, a little concerned that white people will feel slighted being such a boring color, they create sex and the sexes. Afraid women will have too many advantages, the Beings decide to make childbirth painful and to give men enormous egos as compensation. From this moment, the audience is whisked through the outrageous universe of Kathy and Mo, where two actresses play men and women struggling through the common rituals of modern life: teenagers on a date, sisters at their grandmother’s funeral, a man and a woman together in a country-western bar.

BY MO GAFFNEY AND KATHY NAJIMY

National Pastime follows the journeys of Jackie Robinson, the first black player in major league baseball, and Wesley Branch Rickey, the white President and General Manager of the Brooklyn Dodgers, as they shatter the color barrier in 1947. While offering insight into each man’s personal struggles, the play traces the evolution of race relations leading up to the Civil Rights Movement. Against all odds, Robinson and Rickey join forces to bring about a benchmark cultural event in America’s history.