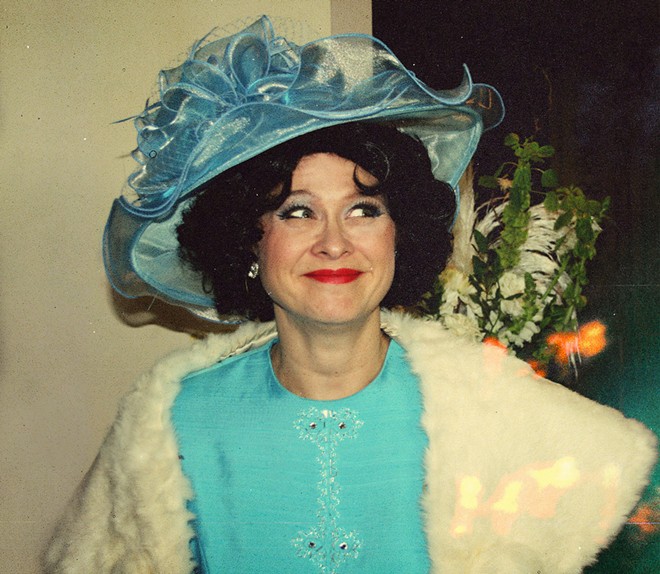 For close to four decades, playwright Neil Simon — balding, bulb-nosed, bespectacled — so dominated American theater that he became an unlikely object of desire. In her 2021 memoir Going There, journalist Katie Couric recalled setting out with the express intention of seducing him at a press conference for his 1985 film The Slugger’s Wife.

At the time Simon was approaching 60 and between his second and third marriages; Couric was an aspiring twentysomething reporter. Her seduction ploy worked well enough, by her account, although vital parts of his anatomy did not.

By his death in 2018, Simon’s celebrity burned less brightly too. Age and Alzheimer’s disease had curbed his productivity, and his very late-career output had left audiences largely underwhelmed. Even at the height of his popularity, when plays like The Odd Couple (1965), Biloxi Blues (1985) and Lost in Yonkers (1991) were garnering acclaim and awards, critics had wondered if Simon’s traditional views on marriage and family weren’t a little too steeped in the passé mores of his Depression-era childhood.

And yet it’s a testament to something enduring in Simon’s work that his 30-odd plays have never fallen so far out of fashion as to qualify for a proper revival. True, his Plaza Suite (1968), which opens this weekend in the Spokane Civic Theatre’s studio space, will be running contemporaneously with a new Broadway production of the same play starring Sarah Jessica Parker and Matthew Broderick. But that has more to do with coincidence than anything so grand or trendy as a “rediscovery” of Simon.

Plaza Suite is a theatrical triptych.Act 1 centers on Sam and Karen Nash, who have come to Suite 719 in New York’s Plaza Hotel in a vain attempt to rekindle their marital spark. Act 2, set in the very same room, pairs wolfish Hollywood movie producer Jesse Kiplinger with his old flame Muriel Tate, now a suburban housewife. The third and final act sees Roy and Norma Hubley trying to persuade their daughter Mimsey to leave the suite’s bathroom and follow through with her wedding.

“You think of Neil Simon as situational comedy. Here, Act 1 is the situation, and the rest of the show is the comedy,” says Sarah Dahmen, who plays the roles of Karen and Norma in the Civic’s new production.

While it’s not uncommon for all three acts to feature the same set of actors, director Troy Nickerson, fresh from overseeing Corpus Christi at Stage Left, has distributed the line load a little more evenly. Dahmen appears opposite Thor Edgell, a seasoned actor but new to the local scene, in Acts 1 and 3. The second act features Craig Hirt as Jesse and Lisa Edwards as Muriel. Edwards also plays Mimsey in the third.

That still leaves the cast of four pulling double or even triple duty. Keeping the characters distinct from act to act is part of the craft as well as the fun, Dahmen says, “whether it’s the physical representation and how they hold themselves, or having different vocal patterns for them.”

“And certainly, the writing helps. Neil Simon’s really good about creating common phrases for the different characters so that you get a different sense of speech patterns that, as an actor, you can wrap your choices around. The content is so different, too, that it’s easy to sink into being a different couple.”

Although the tone of Plaza Suite gets lighter as it goes, with the finale culminating in outright farce, both Dahmen and Edgell say that audiences have a lot to mull over.

“This is not just fluff,” Edgell says. “Ultimately, within the three vignettes, he is trying to show a social problem within relationships, gender roles and marriage. Although each act is different, he’s reaching for one particular theme. Some people have said Simon’s a little dated, but I still think it’s relevant now because it still happens.”

Dahmen agrees, paraphrasing a third-act line: “‘Oh, sure, we curse and we yell, but it doesn’t mean we’re not happy, does it?’ That question is sort of a through line: What makes a happy relationship? Are committed relationships the same as happy relationships? Is making yourself happy really the end goal? Simon asks those questions and helps us laugh along the way, so we’re willing to engage in those deeper questions.”

“It’s entertaining, and it also leaves you with hope,” Edgell says. “In the third act, they’re bickering and fighting, but then they have moments where you realize, ‘Ah, I see, this is just their dance.’ I think it was important for Simon to have it set up that way.”

As Plaza Suite is the first main-season show to take place in the Firth J. Chew Studio since spring 2020, when the pandemic curtailed a successful run of Cabaret, Dahmen says that it’s more than a work by one of the most popular playwrights in American history. It’s also a cause for celebration.

“The thing I’m most excited and honored to be a part of is reopening in this space and feeling that community gather again. It’s been a long time since everyone could be back together again and feel that energy in the room.” ♦