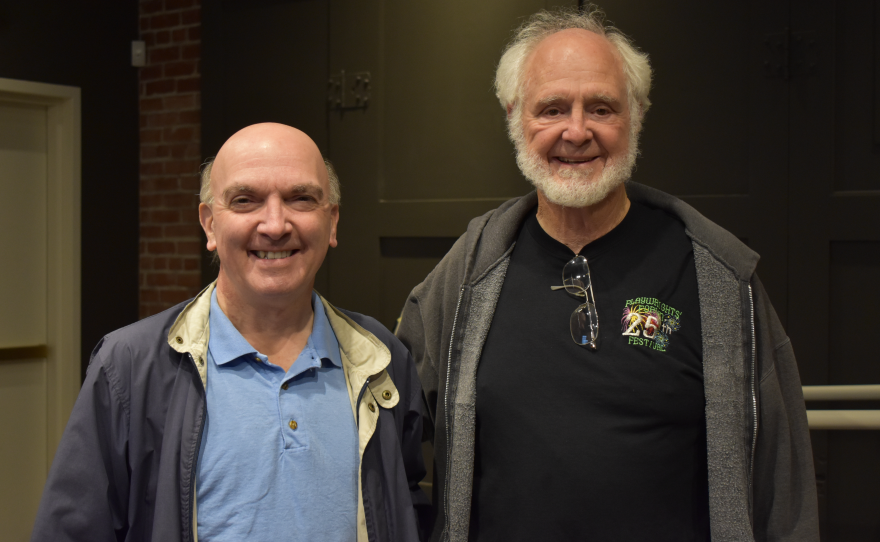 Playwright Bryan Harnetiaux, whose new play Exile opens this weekend at the Spokane Civic Theatre, sat down in the KPBX studio with the play’s director, Jerry Sciarrio, to discuss the work with SPR’s E.J. Iannelli.

Both the playwright and director described this premiere as an opportunity for audiences to experience an entirely new work while also helping to refine it through active workshop-style feedback.

Harnetiaux explained that Exile is about a decorated war vet who returns to his hometown for his 40-year high-school reunion, but he kept other details and plot points secret.

He hopes that audiences come to the play with only a little foreknowledge so that their reactions to the work aren’t influenced by assumptions or expectations. There will be comment cards and audience talkback sessions so that theatergoers can offer their own opinions on Exile.

Harnetiaux has been the Civic’s playwright-in-residence for four decades. He helped to establish the studio space and has debuted dozens of plays at the theater, many of which have been picked up and staged nationally.

Tickets and more information are available at the Civic’s website.