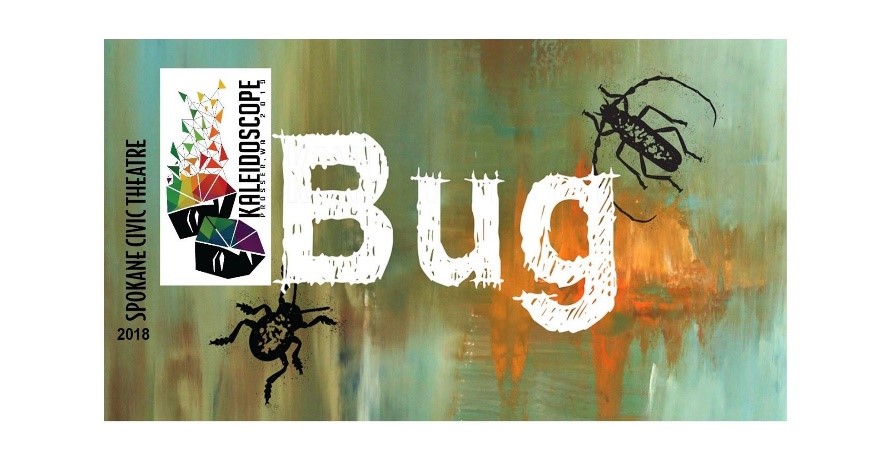 Spokane Civic Theatres’ Production of Bug was a Rollercoaster of emotion. The show was full of deceptive twists and turns that bent the minds of the audiences and tested the skills of the cast and crew who took on the daunting task of being apart of such an intense piece of literary merit. The show itself takes place in the secluded sanctity of Agnes Whites motel room home, where her dearest friend RC brings a stranger named Peter Evans to her for a good time, only to leave him there due to personal reasons. From the moment peter takes the stage the rest of the show takes a spiraling dive down psycho lane. The two characters fall in love while dealing with the challenges of lost loved ones along with a mysterious aphid infestation that only they can see.

Bug was my first show with the Spokane Civic Theatre, and it was also one of the most memorable. The connections I made with my co-workers were unforgettable, since working with them I have come to know them more as friends than co-workers. Bug ran for four weeks at the civic at the full-length performance then after some time had passed it was chosen to go to the five days of the AACT Kaleidoscope theatre festival at the Princess Theatre in Prosser Washington. 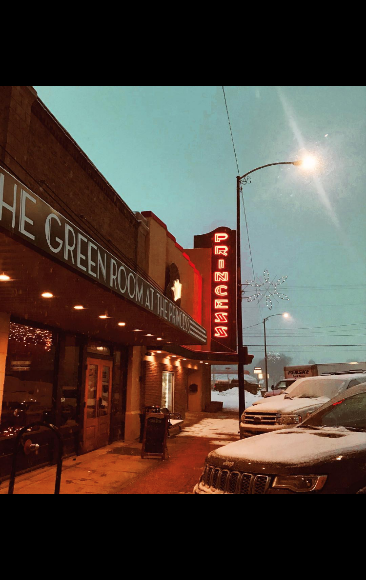 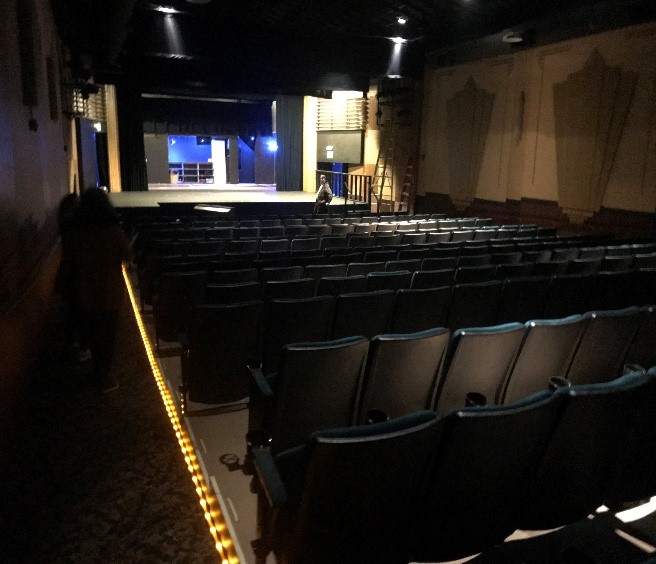 I worked as the sound board operator. My cohort Carson ran the lighting board. Our stage manager for the competition was Michelle, she kept all of us organized in the competition, aiding us and leading us was our wonderful director Marianne. Our crack team of actors consisted of Josephine, Billy, Danny, Matt, and Emily. Our set designer who led us through how to put up the fantastic set was David. Without any of these people our show would have been impossible. The set had to go up in a time frame of ten minutes, then the show had to run in under an hour, and then the set had to be struck in a time frame of another ten minutes. The set initially had to fit in a ten-foot by ten-foot box. If the set jutted out just slightly from this box, the show would be disqualified, if the show ran over time in any of these categories the show would be disqualified. It was a challenge for any and every theatre.

There was a vast majority of theatres at the festival, each bringing something new and interesting in its own new and interesting way. After many days of performing and celebrating a joyous festival the time had come to learn the results. Two shows would advance to the next round of the festival and man y theatres would earn individual award for their unique abilities. The Civic earned awards for best leading actress, best leading actor, best supporting actor, best set transitions, best prop design, and best set design. Despite all pf these outstanding awards Bug would not advance to the next round.

However sad this was to those involved memories had been made between all of those who worked on the production; memories which will never be forgotten by the cast and crew of bug. This experience was truly educational and enjoyable for me.

Charles’ Spokane Civic Theatre credits include Bug, Constellations, Follies, The Memory of Water, Bug at Kaleidoscope Festival, and the upcoming The Curious Incident of the Dog in the Night-Time.