We are proud to announce the 2018-2019 Season with artwork by local artist Zac Jones.

Season Tickets are available online and through our Box Office: more information here!

Single show tickets are on sale July 9th online and through our Box Office. 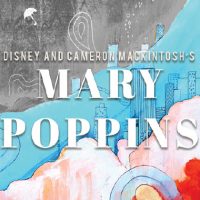 The jack-of-all trades, Bert, introduces us to England in 1910 and the troubled Banks family. Young Jane and Michael have sent many a nanny packing before Mary Poppins arrives on their doorstep. Using a combination of magic and common sense, she must teach the family members how to value each other again. Mary Poppins takes the children on many magical and memorable adventures, but Jane and Michael aren’t the only ones upon whom she has a profound effect. Even grown-ups can learn a lesson or two from the nanny who advises that “Anything can happen if you let it.”

Mary Poppins is an enchanting mixture of irresistible story, unforgettable songs, breathtaking dance numbers and astonishing stagecraft. This show is a perfect opportunity to showcase a strong, iconic female performer, as well as unique special effects and illusions. 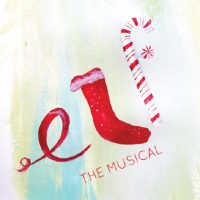 Buddy, a young orphan, mistakenly crawls into Santa’s bag of gifts and is transported to the North Pole. The would-be elf is raised, unaware that he is actually a human, until his enormous size and poor toy-making abilities cause him to face the truth. With Santa’s permission, Buddy embarks on a journey to New York City to find his birth father and discover his true identity. Faced with the harsh realities that his father is on the naughty list and his half-brother doesn’t even believe in Santa, Buddy is determined to win over his new family and help New York remember the true meaning of Christmas.

This modern day holiday classic is sure to make everyone embrace their inner elf. After all, the best way to spread Christmas Cheer is singing loud for all to hear. 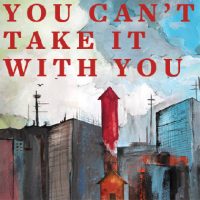 You Can’t Take it With You

At first the Sycamores seem mad, but it is not long before we realize that if they are mad, the rest of the world is madder. In contrast to these delightful people are the unhappy Kirbys. The plot shows how Tony, attractive young son of the Kirbys, falls in love with Alice Sycamore and brings his parents to dine at the Sycamore home on the wrong evening. The shock sustained by the Kirbys, who are invited to eat cheap food, shows Alice that marriage with Tony is out of the question. The Sycamores, however, though sympathetic to Alice, find it hard to realize her point of view. Meantime, Tony, who knows the Sycamores are right and his own people wrong, will not give her up, and in the end Mr. Kirby is converted to the happy madness of the Sycamores, particularly since he happens in during a visit by an ex-Grand Duchess, earning her living as a waitress. No mention has as yet been made of the strange activities of certain members of the household engaged in the manufacture of fireworks; nor of the printing press set up in the parlor; nor of Rheba the maid and her friend Donald; nor of Grandpa’s interview with the tax collector when he tells him he doesn’t believe in the income tax. 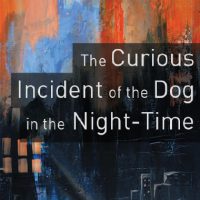 The Curious Incident of the Dog in the Night-Time

15-year-old Christopher has an extraordinary brain: He is exceptional at mathematics but ill-equipped to interpret everyday life. He has never ventured alone beyond the end of his road, he detests being touched, and he distrusts strangers. Now it is 7 minutes after midnight, and Christopher stands beside his neighbor’s dead dog, Wellington, who has been speared with a garden fork. Finding himself under suspicion, Christopher is determined to solve the mystery of who murdered Wellington, and he carefully records each fact of the crime. But his detective work, forbidden by his father, takes him on a thrilling journey that upturns his world. 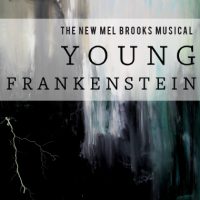 Grandson of the infamous Victor Frankenstein, Frederick Frankenstein (pronounced “Fronk-en-steen”) inherits his family’s estate in Transylvania. With the help of a hunchbacked sidekick, Igor (pronounced “Eye-gore”), and a leggy lab assistant, Inga (pronounced normally), Frederick finds himself in the mad scientist shoes of his ancestors. “It’s alive!” he exclaims as he brings to life a creature to rival his grandfather’s. Eventually, of course, the monster escapes and hilarity continuously abounds.

Every bit as relevant to audience members who will remember the original as it will be to newcomers, Young Frankenstein has all the of panache of the screen sensation with a little extra theatrical flair added. With such memorable tunes as “The Transylvania Mania,” “He Vas My Boyfriend” and “Puttin’ on the Ritz,” Young Frankenstein is scientifically proven, monstrously good entertainment. 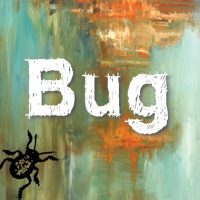 Set in a seedy Oklahoma City motel room, the play centers on the meeting between Agnes, a divorced waitress with a fondness for cocaine and isolation, and Peter, a soft-spoken Gulf War drifter introduced to her by her lesbian friend, R.C. Agnes stays at a hotel in hopes of avoiding her physically abusive ex-husband, Jerry, who was just released from prison. At first, she lets Peter sleep platonically on her floor, but not long after she promotes him to the bed. Matters become more complicated as Jerry eagerly returns to the woman he loves to beat her up, expecting to resume their relationship. On top of that, there’s a hidden bug infestation problem that has both Agnes and Peter dealing with scathing welts and festering sores—which has Peter believing this is the result of experiments conducted on him during his stay at an army hospital. Their fears soon escalate to paranoia, conspiracy theories and twisted psychological motives. 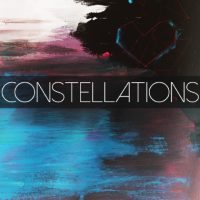 This spellbinding, romantic journey begins with a simple encounter between a man and a woman. But what happens next defies the boundaries of the world we think we know—delving into the infinite possibilities of their relationship and raising questions about the difference between choice and destiny. 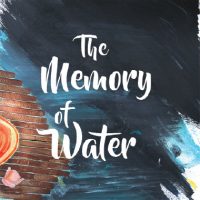 THE MEMORY OF WATER

The Globe and Mail describes THE MEMORY OF WATER as “both gloriously funny and deeply felt…Indeed, THE MEMORY OF WATER is so funny that it appears at first to be pure black comedy, with the newly bereaved sisters indulging wildly in witty bickering and dope-induced dress-ups…Their quarrels over the funeral arrangements, their well-worn family roles, their unsatisfactory men and their mixed memories of a highly feminine working-class mother are hilarious…In THE MEMORY OF WATER, [Shelagh Stephenson] skillfully charts the joyous and painful territory of family relationships with insight and compassion.” 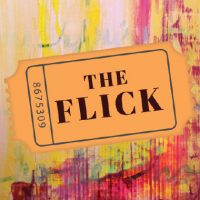 In a run-down movie theater in central Massachusetts, three underpaid employees mop the floors and attend to one of the last 35 millimeter film projectors in the state. Their tiny battles and not-so-tiny heartbreaks play out in the empty aisles, becoming more gripping than the lackluster, second-run movies on screen. With keen insight and a finely-tuned comic eye, The Flick is a hilarious and heart-rending cry for authenticity in a fast-changing world. 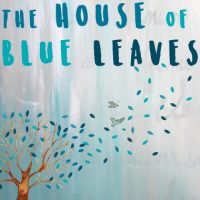 THE HOUSE OF BLUE LEAVES

Artie Shaugnessy is a songwriter with visions of glory. Toiling by day as a zookeeper, he suffers in seedy lounges by night, plying his wares at piano bars in Queens, New York, where he lives with his wife, Bananas, much to the chagrin of Artie’s downstairs mistress, Bunny Flingus, who’ll sleep with him anytime but refuses to cook until they are married. On the day the Pope is making his first visit to the city, Artie’s son Ronny goes AWOL from Fort Dix, stowing a homemade bomb intended to blow up the Pope in Yankee Stadium. Also arriving are Artie’s old school chum, now a successful Hollywood producer, Billy Einhorn, with starlet girlfriend in tow, who holds the key to Artie’s dreams of getting out of Queens and away from the life he so despises. But like many dreams, this promise of glory evaporates amid the chaos of ordinary lives.