Spokane on Broadway: For Max Kumangai, there’s comfort in family with ‘Waitress’ 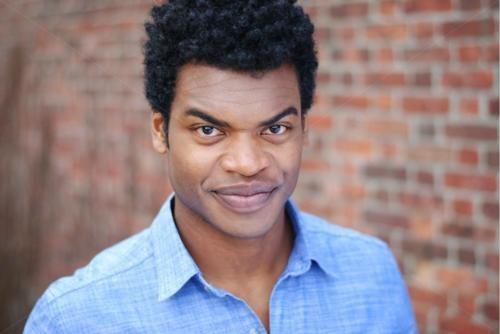 NEW YORK – It was his dad who instilled in him a love of acting.

And for Max Kumangai, that love has turned into a profession.

“I was a little ham growing up,” Kumangai said. “My dad was always clocking that I always wanted to be the center of attention.

Kumangai remembers his dad – Spokesman-Review sports columnist John Blanchette – telling him about an audition for “Charlie and the Chocolate Factory” at Spokane Children’s Theatre. He remembers Blanchette, who had acted as a high school student in Missoula, helping calm him down before that first audition.

“I was so nervous going to the audition because I’d never auditioned for anything before,” he said during a conversation at Smith, a restaurant in Midtown Manhattan on a recent afternoon. “But he held my hand. We went to some Lutheran church in the basement, and he sat with me. He’s like ‘Just do your best. You just have to breathe, and you’ll be addicted to it, I promise.’ And then I was.”

(His mother, Katharine Kumangai, also works at The Spokesman-Review, as a copy editor.)

The North Central High School graduate is back on Broadway, appearing in the ensemble of “Waitress,” now in its third year at the Brooks Atkinson Theatre in Manhattan.

We say back on Broadway because he left “Waitress” in February of last year to appear in “Jagged Little Pill,” a new show by “Waitress” director Diane Paulus, writer Diablo Cody and Alanis Morissette. He was an ensemble member for the show’s sold-out 10-week run at the American Repertory Theatre at Harvard University in Cambridge – where the Tony-winning Paulus is artistic director.

“She has been my hero,” Kumangai said of Paulus. “She has opened so many doors for me, and challenged me as an actor and I owe my career to her. She is amazing.”

Unlike a typical “jukebox musical” that tells the story of a musician’s life through their music – think Carole King and “Beautiful” or Frankie Valli and the Four Seasons and “Jersey Boys” – “Jagged Little Pill” uses Morissette’s music to tell an original story.

“It was glorious,” Kumangai said. “I got to work with Alanis Morissette and work with all of these amazing creative minds.”

“Jagged” tells the story of the Healys, a suburban family beset by problems internal and external. As reviews of the show noted, it deals with a lot. The family matriarch, trapped in a sexless marriage, is addicted to pain pills, her husband to porn. Their adopted daughter, the only black member of the self-described “colorblind family,” struggles with questions of identity – racial and sexual. The son, burdened by being the family’s golden child, also is dealing with a best friend accused of sexual assault. That’s a lot to unpack, but “Jagged Little Pill” found an audience and is expected to transfer to Broadway this fall.

“I’m so excited for what the show stands for to be on Broadway,” Kumangai said, adding that he hopes to rejoin “Jagged” for its New York run. “They take on all of the really hot topics. They basically talk about opioid addiction, a lot of heavy stuff. Alanis Morissette is known for being deep and going there, and I feel this show presents those issues in an approachable way. And I’m excited for how people will receive that.”

After “Jagged” wrapped, he headed out on tour with “Waitress,” and spent three months teaching the show to new cast members. “It was such a fun, short little mini version of ‘Waitress’ because it was so familiar and yet so different,” he said.

But, much to his chagrin, his time with the show ended about three weeks before it visited Spokane late last year.

“I should have worked something out,” he said with a laugh. “I heard of a lot of folks ‘Hey we’re coming to “Waitress!” We’re so excited!’ And I felt awful.”

“Waitress” has been his professional home since it opened on Broadway in 2016. He has been a swing – the person responsible for covering for the male ensemble parts in case they can’t go on stage. And sometimes the female parts too.

“Basically for swing you just go where they tell you to go. … And you know the whole show. It’s an amazing job and I always say every actor should do it because it teaches you humility and it makes you feel like you can do everything.”

He also served as dance captain, putting him in charge of everything that happens during a musical number, from choreography to making sure props are in the right place.

“It was another good challenge for me,” he said. “I’ve never been in a teaching position like that. And other than the stage manager, you are the leader of the cast. You’re the glue between a new person coming into the cast and the old cast. You’re trying to merge the two together.”

He was dance captain and swing for two years before taking a break for “Jagged” and the tour. Now he has a role in the ensemble, and covers for Cal, the cook at Joe’s Diner.

“I’m so grateful to be back at ‘Waitress’ and working,” he said. “I am not dance captain. … I have a whole new level of appreciation because I don’t have to haul an entire cast on my back. That was a lot of pressure and I didn’t realize how much pressure it was until I got to do ‘Waitress’ and not do that job.”

During high school he spent summers at the Missoula Children’s Theatre Performing Arts camps. After high school, he attended Whitworth for a year, with the idea of pursing a career in choral arts. But the acting itch still needed to be scratched. So he took a year off from school, did a couple of shows at Spokane Civic Theatre, including “Seussical the Musical” as the Cat in the Hat. He also started taking dance classes.

Ballet classes. For the first time ever. As an adult.

“I did beginners ballet with a bunch of 11-year-old bunheads and then me, with a huge Afro,” he said with a laugh. “It was awesome. And again, it taught me to be humble and stick with things. Those teachers were so kind and patient with me. And of course I loved it.”

He then auditioned for college programs and was accepted to the University of Michigan. Kumangai moved to New York right after graduation in 2008 and soon started touring in shows, including a run of “Hair,” where, he said with a laugh, “I got naked in front of America.

“It was a challenge for me mentally to do that, because I’ve never done that, and I get shy in the dressing room. But it actually was really good … It was a super formative time for my body awareness.”

Kumangai credits the experiences he had as a young actor in Spokane with helping him get to Broadway – whether it was at Spokane Children’s Theatre, Civic, Coeur d’Alene Summer Theatre, and especially North Central. When told that NC’s new drama teacher is on the Spokane Public Schools layoff list because of budget cuts, he’s heartbroken. Drama teacher Tom Armitage, who retired recently after a long career at NC, looms large in Kumangai’s memories.

“What he did for me and my artistry, you can’t put a price on it. He helped me so much in becoming a person,” Kumangai said. “It’s very sad to think that the people calling the shots don’t value (theater). Because literally in high school, theater was my life. It was was how I gained confidence as a human.”