Who Doesn’t Love a Southern Comedy?

Enter the Dixie Swim Club. Admit it. You liked chintz chaise lounges, and you loved Bea Arthur’s jackets, and you cannot forget Rose’s oddness. So where are we going with this? Well, the show is written by the same writers who wrote the “Golden Girls” meaning Dixie Swim Club has the same kind of one line zingers and the same kind of sweet heartfelt moments, and always some twist or turn to deal with, never a dull moment in this one! The play runs May 3rd through June 2nd at the Firth Chew Studio stage at Spokane Civic Theatre. And now, is the time to start thinking about auditioning if you want a piece of this southern action and you think you carry the Golden Girls charm. 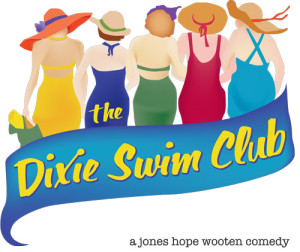 What’s Dixie Swim Club All About?

It is about 5 women who were members of a college swim team and have remained friends over the years. We join them in their mid-40’s, at their annual vacation at a beach cottage. We see them at the cottage as years pass and get to experience the trials and tribulations, the relationships and the dynamics of 5 very different women staying in one house.

Who is Director Tia Wooley Looking to Cast?

What Kind of Women Is She Casting?

Tia says she’s looking for women who appear between the age of 35 – 50 with a different look for each character — from petite to heavy, Short to tall. The first rehearsal will be about working on relationships which will be built on those throughout the rehearsal process. Tentative rehearsal schedule will be mostly Sunday, Monday, Tuesday, Wednesday, Thursday evenings. Performances of Dixie Swim Club will be Thursday, Friday, Saturday and Sunday. Scripts are available for reading at the Spokane Civic Theatre box office and auditions will include cold readings from the script.

When are Dixie Swim Club Auditions?

March 11 & 12 and show dates are May 3 – June 2 in the Studio Theatre. Bring your best Southern Belle and we will see you there.